The History Of Cowboy Boots

The cowboy boot is an iconic style of riding boot, traditionally worn by cowboys and horse riders. Usually made from cowhide leather, the cowboy boot ranges from a sturdy, practical, no-nonsense boot to elaborately decorated fashion boots made from exotic materials such as ostrich, alligator, snake, or buffalo leather.

Riding boots were essential parts of horseriding wear for hundreds of years, handmade by dozens of different areas around the world in their own particular style. The cowboy boot itself, originating in the plains and desert of the midwest and far western United States in the 1800s, was originally inspired by the vaquero-style boot brought to the Americas from Spain in the 1600s. A tall boot, hugging the calf, the cowboy boot was meant for protection and keeping the foot firmly anchored in the stirrups while riding. The angled heel sits securely in the bottom of the stirrup in order to prevent slippage. The stitching on the outside even serves a utilitarian purpose, keeping the leather from bending, and holding a firm shape around the leg instead of folding over.

For some years, the Wellington boot, one of the first mass-produced boot styles, was popular with cowboys in the United States since it was used as footwear for cavalry in the military. After the American Civil War, the military boot fell out of style and the classic cowboy boot came into vogue as many former soldiers went west to farm, herd cattle, and pioneer new towns.

With the advent of industrialization, cowboy boots began to be manufactured in larger quantities as they were able to be made with greater speed due to advanced sewing machine and newer, better materials.

Some of the longest-lasting cowboy boot manufacturers are still in the American West, close to where the first cowboy boots were made in Texas and Kansas.

Design Of The Cowboy Boot

The cowboy boot’s most distinctive design features were centered around utilitarian purposes: the tall shaft protected the legs from brush, water, and other hazards while riding the horse, while the angled heel kept the boot secure in the stirrups without endangering the rider by letting the foot get trapped in case of an accident.

With the advent of rodeos, a new form of cowboy boot, the roper, developed from the specific needs of riders. The roper boot has a lower heel and shorter sides, enabling the rider to dismount and run in the case of calf roping or other rodeo activities.

In the early days of the boot, the toe was either rounded or squared, making it comfortable for the foot. Later in the 19th century, as boots became more advanced, the toes were narrowed slightly in order to make it easier for the rider to insert his feet into the stirrups. But it wasn’t until the 1940’s, during the craze of Western movies, that cowboy boots began to have a very narrow, stylized pointy toe. Although less comfortable for a rider, this was the prevailing style for several decades.

But boots weren’t just in the United States: Australia is a land of cattle, thousands of miles of outback, horse riders, and cowboys. The traditional cowboy style is popular in Australia, as everywhere. And boots aren’t just available via brick and mortar stores: if you’re looking for a specific, hard-to-find boot, you can simply order online. 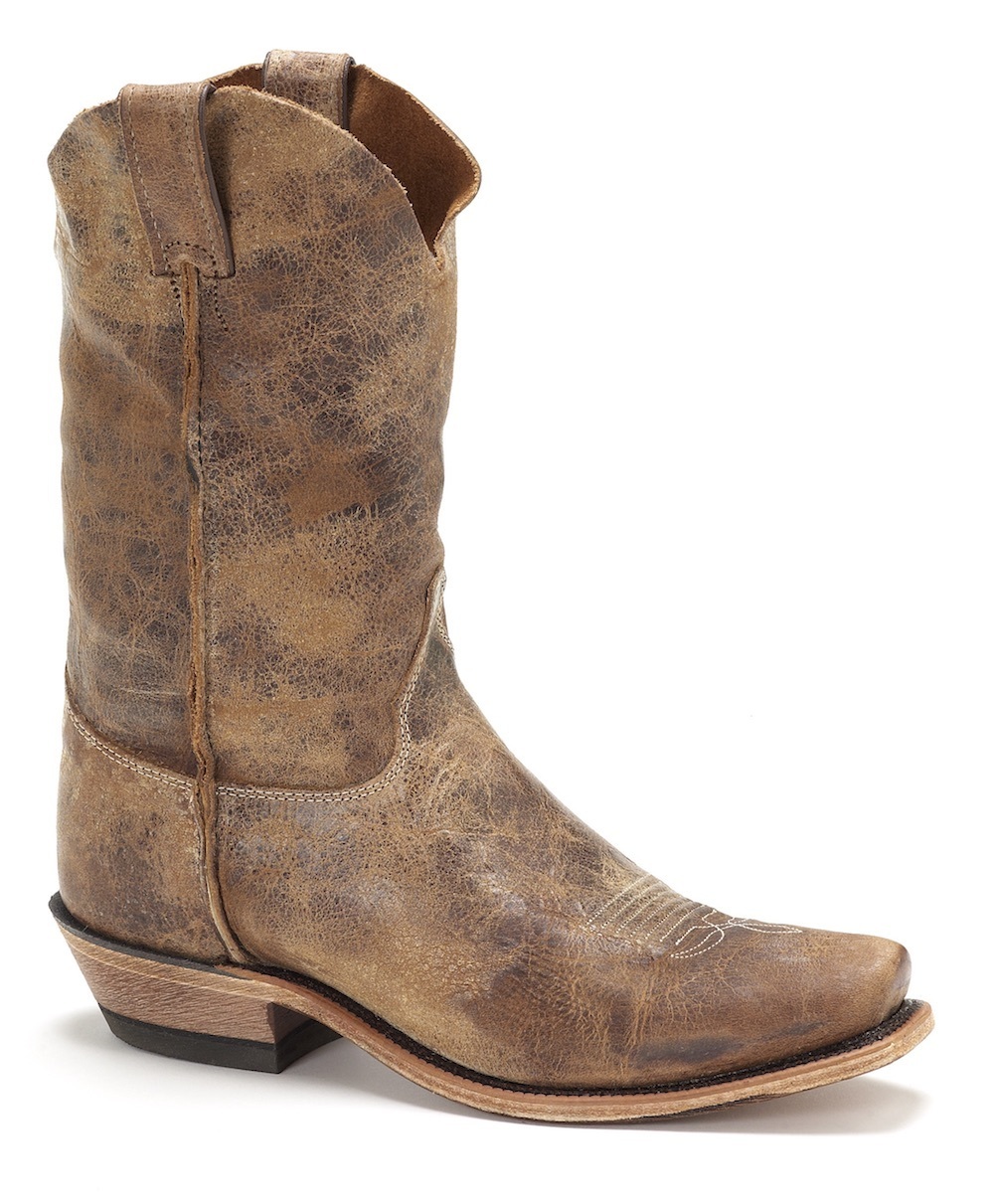 The traditional Justin boot is simple and straightforward, a good utilitarian design that’s perfect for a rider or worker. A more traditional rounded-toe boot, the Tony Lama Americana is sure to place a balance between comfort and style. Or, for someone looking for an exotic boot in a rare leather type, this Sendra boot has a full caiman tail leather design.

Boots aren't just for men. Some stunning designs are available for women as well! Harness-style boot for women like the Durango Heartbreaker, with ornate designs up top while preserving a rugged leather approach. The supremely comfortable Justin Sevana boot is also a fashion statement, with stitching and a forward design.

The history of Western boots lives on in the thousands of enthusiasts that wear them every day, whether it’s a fancy pair for the weekends or a rugged pair to get dirty riding out in the country.

Need assistance?
Check out our FAQs and Help page.
Australian Owned
and operated
30 day returns
for change of mind or incorrect sizing.

Select Afterpay as your payment method

Use your existing debit or credit card

Complete your checkout in seconds

All you need is:

1) A payment card; 2) To be over 18 years of age; 3) Resident of country offering Afterpay